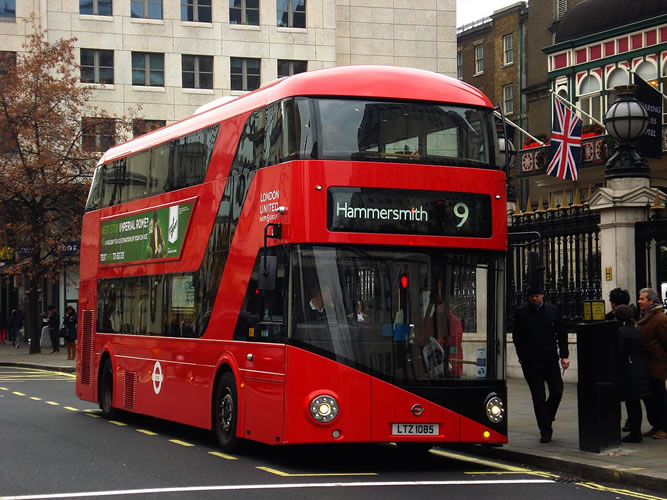 The cheapest and fascinating way to travel is by bus. It grants you an opportunity to go anywhere and explore several enchanting spots in London.

Due to that factor then, I will introduce you top 5 best recommended bus routes to help you choose easily while on your London tour.

This route uses a Thomas Heather wick-designed Route master, of which itself is a sightseeing too. It cuts through St James’s Park, characterized with views of Buckingham Palace.

From there, the bus runs towards Parliament Square associated with fantastic views of Big Ben and the Houses of Parliament before coming to Trafalgar Square and Nelson’s Column, which is characterized with the view of National Gallery.

After that you can see Camden Town’s lock market from above and climb towards Hampstead, passing by the grade II-listed Roundhouse.

You will finish at the Royal Free Hospital, situated on the south end of Hampstead Heath which is ranked to be the perfect place to begin a walk.

This route usually offers views of the greatest sights of the city at suitable fee. This route starts from Liverpool Street Station and goes through the City and towards the Bank of England.

Reaching here you are exposed to St Paul’s Cathedral, Fleet Street, most famous as the former home of many of Britain’s newspapers, and Somerset House which is home of London Fashion Week.

Other exciting places here include the King’s Road, The Strand, Charing Cross Station, The Royal Courts of Justice, Whitehall, Victoria, and Sloane Square.

This is rated highly to be a great way to see the Thames and its surroundings, starting at Tower Hill, you will pass the Tower of London before crossing Tower Bridge.

Continuing, Pass City Hall, the Royal Festival Hall and Waterloo Station before crossing the river for a second time on Waterloo Bridge, with great characterised views of South Bank and London skyline.

This exciting route ends at Aldwych, which is home to the Aldwych Theatre, Waldorf Hilton and Bush House which is the former building of the popularly known BBC World service.

Ensure that you get a top deck seat for this exciting journey which begins at Victoria Station.

Taking the Park Lane you will see the Dorchester Hotel characterised with views of Hyde Park situated on the left hand side.

Additionally, let’s enjoy the hustle and bustle of Oxford Street without being bumped around in the city. Turning on Tottenham Court Road, you will see the British Library and grade I listed St Pancras Station.

After passing Angel Station at leafy Islington Green you can jump off for a delicious coffee or something to eat after a long exciting drive.

This is an exciting tour through East London, it begins at Black friars, passing through the City and towards Shore ditch, heading to the top of Brick Lane which is home to vintage shops and numerous Indian restaurants.

After driving through Bethnal Green, this exciting route cuts through leafy Victoria Park and heads towards Hackney Wick, known for warehouses full of arty types.

Moving towards the park you are exposed to a distant view of Zaha Hadid Aquatics Centre and Accelor-Mittal Orbit as you reach the end point of this exciting journey at the popularly honoured Queen Elizabeth II Olympic Park.