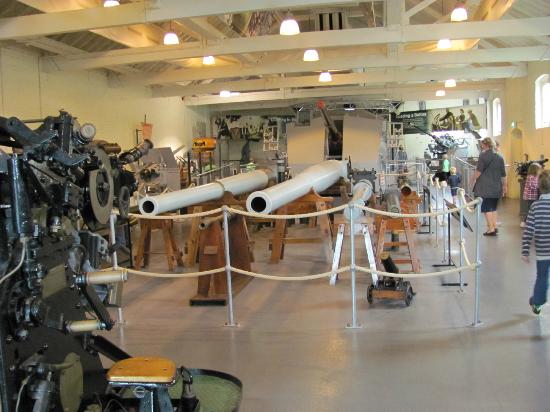 Whether you like museums or not, a visit to the Explosion! Museum of Naval Firepower is sure to leave you wishing for more! If you are trying to find the right place for family days out in Hampshire, consider exploring the diverse aspects of this interesting museum. The best thing about this place is that it has something to offer for every member of the family.

Located in historic buildings at Priddy’s Hard, the former armament depot of the navy, the museum is a treasure trove of information and displays related to naval warfare, right from the days of gunpowder use to the story of Exocet. Here are the interesting aspects of the museum you may explore on your visit.

The Locker Room showcases the working methods at the Priddy’s Hard during the 20th century. Designer’s Workshop displays the design and production of small arms during the 19th century. The Age of Fighting Sail offers a glimpse of the storage and delivery of gunpowder during the 1800.

The Grand Magazine offers an audio visual presentation of the Story inside the Magazine, where barrels of gunpowder were stored. Modern Explosives displays the change in the nature of explosives used in warfare when gunpowder stored in barrels was replaced by cordite in wooden boxes.

The reason for the popularity of the historic attractions in Hampshire is the opportunities they offer. Big Guns Gallery showcases the skill, discipline and teamwork necessary for the firing of the gun from a ship at sea. Mines Gallery offers a view of this static weapon; you may also participate in the game of dodging mines across the sea bed.

Submarine Alert Gallery features the squid, an anti-submarine weapon that is used for destroying the submarine or its capability. Torpedoes’ Gallery displays the torpedoes developed since 1872, when the self-propelled variety was first developed. Missiles Gallery offers a glimpse of these new weapons that replaced the Big Guns used by the Royal Navy.

Camber worked as the connecting link between the naval ships and the armament depot at Priddy’s Hard. Rolling Way was the pathway that connected the Magazine, the storage space, with the harbor. You may also browse through the gift shop for souvenirs or have a little refreshment at the quaint cafe.

A City Guide To Warsaw, Poland