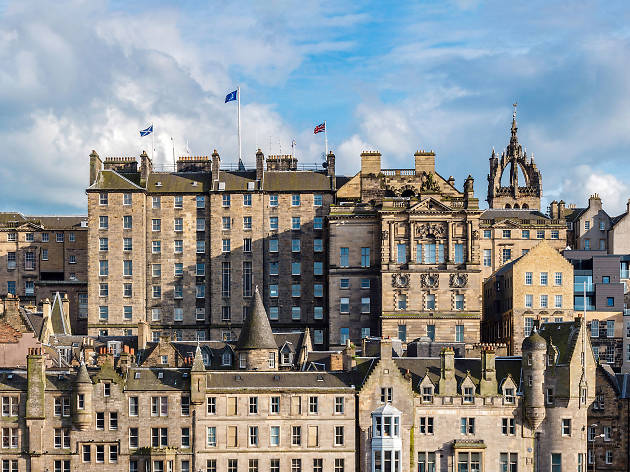 Best Museums in Edinburgh, Edinburgh is popularly Known for its different Historical Sites – Visit Edinburg in United Kingdom for Adventure

Edinburgh stuffs more points of supreme interest into one city than the average European capital. The splendid UNESCO City of Literature has a World Heritage Old Town and New Town to explore, excellent Edinburgh City Centre hotels and a panoply of remarkable museums. Check out eight of the very best.

A linchpin of the National Museums ensemble, Edinburgh’s Museum of Scotland is a controversial and unmistakable city symbol. The vital landmark’s near-heretical, unorthodox design was such a contentious topic that Prince Charles himself quit as museum benefactor. Suffice to say, the final project on Chambers Street and George IV Bridge inspires firm opinions, not ambivalence, and most importantly, holds a magnificent permanent collection. Admission to the Museum of Scotland is free.

The adjacent Royal Museum is also part of the National Museums of Scotland. While the emphasis at the Museum of Scotland is on history, sociology and culture, the primary concern at the Royal is on natural science, technology, anthropology, archaeology and art. The historic Venetian Renaissance landmark is a majestic point of interest in Edinburgh and shares the same architect as London’s Royal Albert Hall. A vast restoration phase on the free museum is set to wrap up in 2011.

A 16th century Royal Mile house hosts the wonderful Museum of Edinburgh. The milieu is a rather apt repository for a permanent collection that chronicles the very evolution of the city over hundreds of years. From early Bronze Age to Iron Age relics, Celtic pottery to original New Town plans, the Museum of Edinburgh is superb.

As the dominant symbol of Edinburgh, Castle Rock is the unequivocal must-see landmark of the city. The prominent home of Edinburgh Castle soars over the Royal Mile and Old Town and offers a multitude of inherent attractions. The National War Museum is clearly one of the best and happily, entry is free with admission to the castle. Access to Castle Rock, the fortress and museum is a simple affair from Edinburgh Castle hotels.

One of the UK’s premier science museums is in Holyrood, Edinburgh, next to Scotland’s Parliament. The space-age Our Dynamic Earth was a child of the Millennium Commission, like the Falkirk Wheel, Eden Project in Cornwall and National Space Centre in Leicester. A powerful urban renaissance landmark, the museum’s interactive earth science focus is fun for adults and children alike.

The grand National Library of Scotland is one of four National Collections of Scotland and as a result, a nonpareil cache and archive of rare, vital and priceless books and documents. The George IV Bridge landmark contains tens of millions of books, papers, maps, objects and materials. Notable gems in the Rare Books collection include a Gutenberg Bible and First Folio of Shakespeare.

Queen Elizabeth II shed a tear as she left her precious Royal Yacht for the last time. After more than four decades of loyal service, the HMY Britannia was ceremoniously put to rest at Ocean Terminal in Leith, Edinburgh on December 11, 1997. The monarch’s loss however, was the public’s gain. The majestic ship is now a phenomenal museum.

The most unusual museum in Edinburgh, perhaps in Scotland, is accessible within the prestigious Royal College of Surgeons. The influential medical school, which dates back to 1505, has kept a meticulous record of the development of surgery throughout history. The spectacular result is the eminent Surgeons’ Hall Museum, whose beautiful halls exhibit myriad objects and marvels from the world of medical science.

Why Stay at a Spa Hotel?