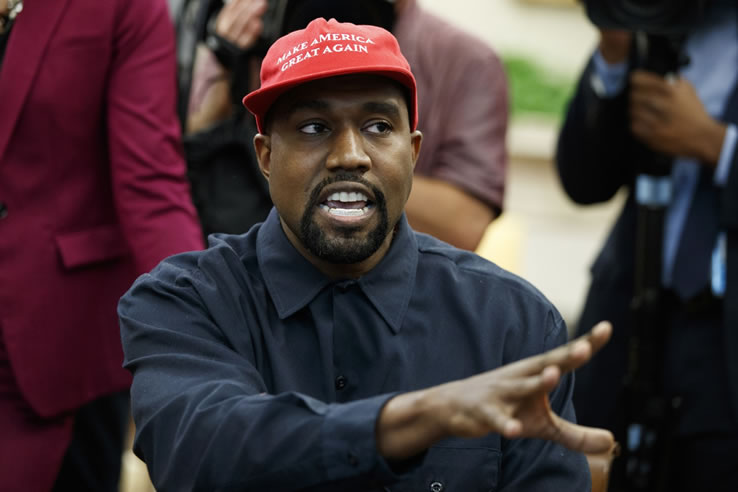 Last year Kanye West officially became a billionaire. He is now reported six times a billionaire and the first richest black person in the United States of America.

The 43-year-old celebrity is not only a rapper but also a fashion star. He is now valued at $6.6 billion according to Bloomberg.

The biggest percentage of his wealth is tied up in his apparel businesses.

The Yeezy sneaker partnership with Adidas and the clothing line with the Gap combine up to generate about $3.2 to $4.7 billion (according to a UBS report published at the start of 2021).

The other assets including a major investment in his wife’s Skims shapewear line are valued at $1.7 billion

The music catalog is worth $110 million and he holds another piece of $122 million in cash and stock, according to Bloomberg, a notable online news publisher in the USA.

Last year in June Gap and Kanye West announced their 10-year partnership. It is not surprising that his stock soared nearly 19 percent in this month before it leveled out weeks later.

In 2016 Adidas extended its partnership with Ye after a victorious multiyear run with Yeezy sneaker, the celebrity’s shoe brand.

The German sports company rated its deal with West as the most successful partnership ever created between a non-athlete and an athletic brand.

Kanye West’s fancy athletic shoes regularly sell out within minutes of going on sale online. This ranks him amongst the top personalities with prominent brands globally.

Covid-19 Travel Restrictions To & Around France

Latest Limitations On Travel To & Around Germany

Why Vertical Blinds Are A Perfect Match For Any Holiday Home