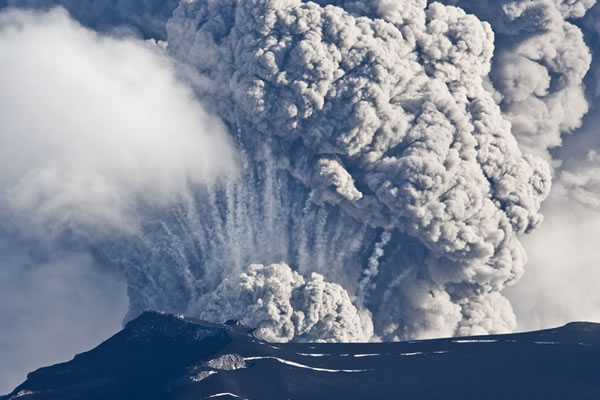 The Eyjafjallajokul volcano of Iceland which remained dormant for almost 200 years erupted on March this year and has raised havoc on Europe air transportation. This has in turn affected heavily on the travel industry of all European countries.

The volcanic eruption has emitted loads of volcanic ash clouds that have stranded the air traffic throughout Europe.

Not only inter Europe flights but also many transcontinental flights had to be cancelled which has fermented the tour of thousands of people visiting Europe and those traveling from Europe.

This unprecedented natural disaster has hit hard on the business operations of the airline companies that were struggling hard to get back on track after the disastrous economic recession.

The airline companies now face logistic catastrophe. Not only that they have to bear the additional costs for looking after stranded passengers, they have to clear the backlog flights and bring back the planes that have been stranded all across the world – thousands of miles from their destination.

Their cost includes, paying the bills of the stranded crews and passengers and not only this, they may also have to pay for arranging new crews to bring back the stranded flight.

Framing flight schedules is itself a gruesome and complex job and the situation has become catastrophic as hundreds of flights have been cancelled and grounded.

Also the operating ratio has also increased monstrously as the planes had to be kept grounded for such a long time. It remains to be seen that how the airline companies faces this unprecedented financial cataclysm.

The excuse given by them is that volcanic eruption was not on their list of natural disaster to be covered.

Some other travel insurance companies have excused themselves by reasoning that closing the airports was a government decision for which claims cannot be made. This new situation has led the travelers to rethink about their travel insurance.

Even if the present situation improves rapidly and the airline companies start operating as soon as possible, the after effects of the financial and commercial shock resulting from the volcanic eruption shall be felt long after.