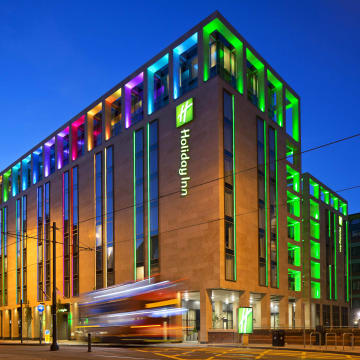 Manchester United under the coaching of Jose Mourinhou is to be visiting Manchester City at the Etihad Stadium. This is a big game under Premier league which is waited by huge fun base without eliminating funs of other football clubs in Premier League like Arsenal, Liverpool, Chelsea and more.

Tickets for this Match are already over, the huge fun base is divided into two whereby some are going to watch it live at the Etihad stadium and others are waiting for it live on Television. Therefore for those watching it live at the Etihad Stadium, its better you get prepared for it in time for a better enjoyment.

For those staying out of England its better you board your flights a day before and stay
in hotels within Manchester city for the match to avoid late entrance such that you can grab your self good position of watching the Football. If not that its also possible to board the flight early in the morning and reach Manchester city in time for the match.

For those staying within Machester city and hoping to go live at Etihad Stadium, its better you stay at your home and early in the morning do the home work, get prepared, have lunch or breakfast and after set off up to Etihad Stadium with your entry ticket for the exciting match. See you we meet at Etihad Stadium.