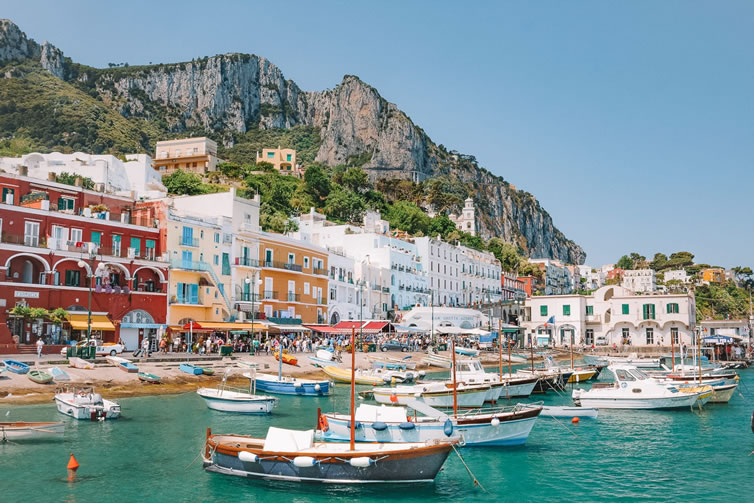 There are few exciting places in Europe than Italy. Whatever your travel interests, art, food, history, music, architecture, culture, historical sites and stunning sceneries make up Italy’s blend of excitement.

This has seen a lot of travelers from different parts of the World packing for at least a once in lifetime stay in one of Italy’s major spots.

Below are some of the best locales to catch the highly praised charm in this home of the Vatican.

For its reputation as the capital of Italy and one of the most vibrant cities, Rome leads the list for most of the travelers to Italy.

Relics of the ancient glories (the Colosseum, the Forum, the Pantheon, the Palatine Hill, the Appian Way) as well as the vast riches of Vatican tops as the main attractions in the city.

Do not miss out a grand opportunity of beholding enchanting interior outlook of pope’s permanent residence “Sistine Chapel”. Art lovers feel the excitement with lots of stunning photo shoots at Michelangelo’s Pieta.

Who doesn’t wish to mingle in a lively city like “Venice”? This capital of northern Italy’s Veneto region is built on more than 100 small islands. This fact leaves an answer to a question why it has no roads but just canals.

The major highlights here include St Mark’s Square “Piazza San Marco” in close proximity with other attractions like Doge’s palace and more.

Travellers are impressed by its sparkling grandeur, untouched shorelines, city life and more to awe.

With its showcased Italian Renaissance, Florence is one of the top destinations to wonder at different architectural styles. The Duomo and Cathedral of Santa Maria del Fiore are the top spots with magical exhibits.

Additionally, the city has a dozen of art museums packed with paintings and sculptures.

After an overdose of art in the Pitti palace and Uffizi gallery, tour the Boboli gardens, shop for leather in Santa Croce or explore the workshops and artisans’ studios of Oltrarno.

This ranks among the most beautiful lakes in Italy. Most travellers access this spot to escape the heavy summer heats as they cool off in the shore lined villas.

Como’s western shore temperatures are even during winter due to available microclimate. From here you are exposed to endless stunning sights of the white peaks of the Alps just to the north of the Lake

Amalfi coast pleases most travellers by its beautiful and unique setting where towns spill down its steep slopes. By appearance, most of the streets are stairways and houses are perched to the cliffs.

A visit to this grand locale is beyond admiring the ever blooming flowers to exploring the available emerald watered beaches along its untouched shorelines.

Adventure lovers are overpowered by the jaw dropping Amalfi Drive along the southern coast. Heading over to the end of the peninsula, you find the famous Island of Capri.

It’s easily reached by ferries and a tour around reveal a lot, from its serene gardens, lavish villas to the blue grotto sea caves.

The introduction of a railway connection eased the accessibility to these recently in accessed five towns that cling to the steep and rocky Mediterranean coast just north of La Spezia.

The pastly used trail by locals to access from town to town is now one of famous great hikes in Italy.

Via dell’Amore between Manarola and Riomaggiore is the shortest and widest section of this trail.

With it’s off the beaten path spots, beach and marine life encounters together with charming night life, the Cinque Terre remains one of the most tempting destinations in Italy.

Tuscany’s landscape is occupied with scattered towns each seated atop a hill with many castles and other ancient buildings. Travellers are often overpowered by the numerous sights of different architectural styles exhibited.

Some of these ever captivating destinations include San Gimignano with its medieval towers, and a prime stopover on pilgrim’s route to Rome, Volterra was an Etruscan centre before the coming of the Romans.

Don’t miss the Arezzo, with plenty of tourist attractions such as cathedrals that were designed by architects, and artists who used to live there

Located in central Italy, Siena pleases most of the visitors with its range of medieval red brick buildings. It’s one of the cities honoured when it comes to art and culture in Italy. The city has a lot to awe.

Though the magnificent Cathedral of Santa Maria Assunta is more exceptional with its inland marble façade and bell tower. Once inside the cathedral, on sight are dazzling artworks done by sculptors and artists.

Some of the legendary artists here include Giovanni Pisano, Bernini, Lorenzo Ghiberti, Donatello and more.

Furthermore, Siena is enchanting not only for its art treasures but also thanks to its medieval streets and inviting cityscapes. In summer, different travellers fill up the Main Square for Palio, a famous horse racing event in Italy.

A tour around Tuscany seems boring without a visit to these two outstanding towns “Pisa & Lucca”. They both have what to offer for a traveller who seeks discovery and ancient history.

Pisa is packed with a number of tempting spots such as the Tower of Pisa, Campo dei Miracoli complex with its appealing grandeur and more. Lucca is all about ancient history.

It’s surrounded by wide walls. Entering inside are fascinating Tuscan and Romanesque-Gothic churches, Roman arena along with tower houses.

Climbing up to the top of these houses offers numerous views of the entire city. Lucca’s resplendent setting makes it a photogenic venue for stunning photo shoots.

There are many reasons why different travellers reserve their time of travel for Verona, a formerly Roman stronghold. It has a lot to delight visitors of different interests.

Varying from its historic centre, famous world’s venue for the summer opera festival “Roman Arena”. To numerous medieval and Renaissance buildings that display stirring designs of the Roman arches.

Additionally, the large Castelvecchio castle built in the 14th century is inspirational for enthusiasts of art and architecture. In conclusion.

Sicily Island is one of Italy’s unbeatable spots and ranks among World’s top destinations to go. Its home to over seven UNESCO World Heritage Sites including architectural treasures, ancient sites and natural wonders.

Some of the highlights for a visit to this Island include Greek temples at Selinunte and Valley of Temples, 3500 square meters of mosaics at Villa Romana del Casale to name but a few. This is a place to seek adventure like no other.

Ravenna is renowned for its stature as the seat for King Theodoric the great during the sixth century, though travellers like it for its wide collection of Western Europe’s Byzantine mosaics.

Apart from that, it consists of seven UNESCO site listed buildings that are decorated with mosaic art.

Of all Ravenna’s outstanding spots, do not miss the impressive interior of San Vitale “Neonian Baptistery” along with the Mausoleum of Galla Placidia with its jewel-like appearance

How To Explore The Sights & Sounds Of Hampshire

EU To Introduce A Green Pass To Ease Travel Around Europe