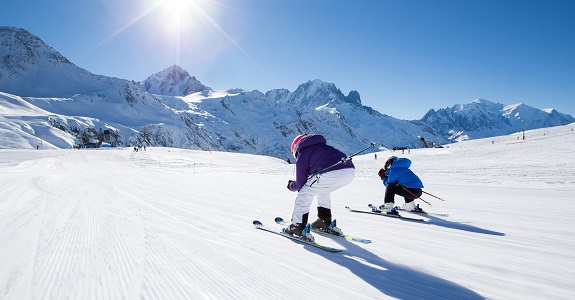 France is one of the most popular destinations worldwide for holidays, and rightly so. It has a long and prestigious history of playing host to skiing holidays, with its oldest ski resort, Chamonix, dating far back into the 19th century.

Skiing in France takes place on the Alps, where 400 ski resorts have accumulated over the centuries.

That may sound as if the pure white mountainsides have been tainted by the inexorable march of human progress and enthusiasm for sliding down snowy hills on wooden planks, but collectively the ski resorts only cover around 6% of the mountainside, meaning the Alps remain as beautiful as ever.

As with anywhere else, those embarking on skiing holidays to France should be careful about picking their ski resort. Every spot is different, catering for different skill levels and different types of holiday-goers.

Similarly, due in large part to nature, each resort will cater for different ability levels. The simple fact of the matter is that some mountainsides are harder to ski down than others, no matter how well groomed the piste may be.

Those in need of an excellent ski school (perhaps most important for a family) would do well to look into Alped’Huez, which is particularly famous for its high quality of teaching and wide range of languages.

Those looking for an all-round prestigious, but therefore likely to be busy, ski resort, could do a lot worse than Les DeuxAlpes, although there it isn’t one of the best for non-skiers if there are likely to be any in the group.

What people probably don’t know is that it is possible to have this adventure in France during the summer months. Courtesy of glaciers such as the Grand Motte glacier in Tignes, skiing is available all year round in the Alps.

Generally speaking, it will involve getting up earlier, as the snow tends to melt by around lunch time or early afternoon, but those hankering for a French skiing vacation out of season do have the opportunity if they want it. Certainly for now at least.

The French may not have invented skiing, but they are certainly one of the best at hosting these holidays worldwide.

Things To Do In France During Winter