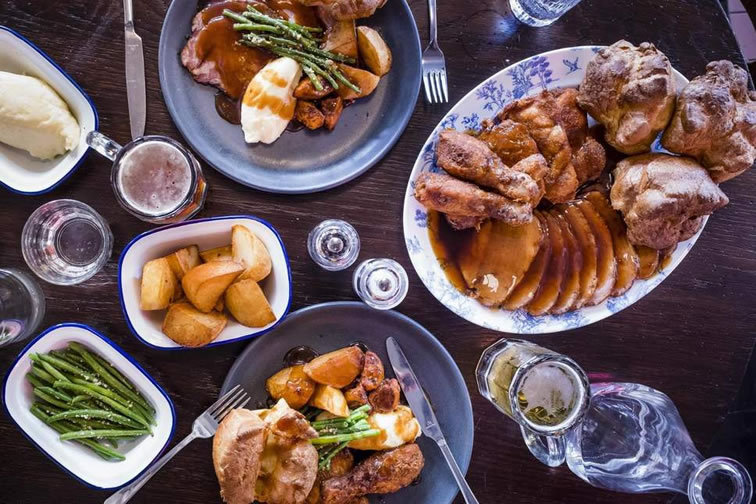 The exciting traditional meal of England usually consists of the below listed food stuffs. Do not miss out on a taste while in England.

Meat and fish take a large proportion in English’s cooking whereby in this country, fish is served as the main dish. Mostly, the cold water fish and that which has much oil are the best choices for meal. Beside fish, roasted pork, fried meat and sausage also appear in every meal.

In Victoria time tea was imported from Eastern part of Asia and since that time it has become a traditional drink in England mostly liked by people during the winter season.

Usually afternoon tea is served with an associate of different kinds of cakes like sandwiched, baked cake or sweet cake. In most pubs, English traditional beer is served because of strong taste and good food.

Milk is used as an ingredient in many served dishes, most of people in England love cow milk, goat and even sheep milk.

Then buffalo milk is used for processing cheese and vinegar, lemon juice, rennet enzyme is got from cow’s stomach which is used in the production of most cheeses in England.

Most Cuisine in Victoria is the combination of many foreign spices, especially curry powder which is imported from India and other nearby countries.

Some of people in England are vegetarians and the most common vegetables served include potatoes, onions, carrots, beet, and turnip.

Top Cafes For Breakfast In London