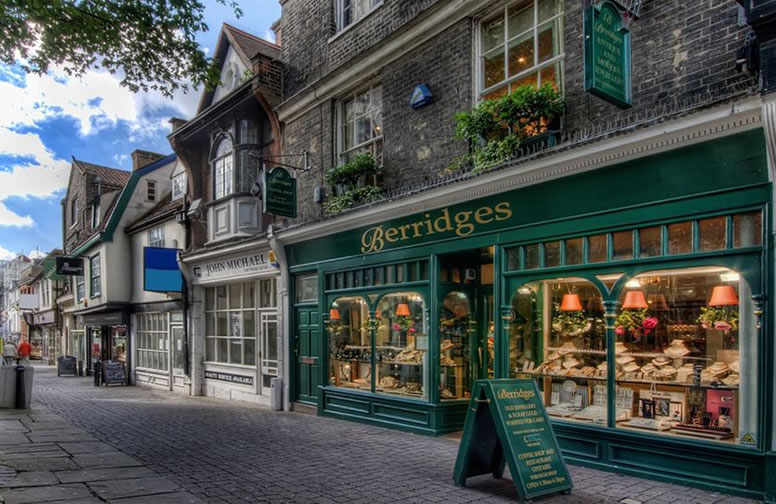 10 Best Things To See & Do in Ipswich Town

Located on a bend in the River Orwell, Ipswich is one of the UK’s oldest towns. It has a lot to see including Sutton Hoo, a place where the Saxon ship burial was excavated in the 1930s.

During medieval times, Ipswich was a foreign trading post for the Hanseatic League. In the 17th century, the town was used as the embarkation point for emigrants to New England’s colonies.

To have beautiful moments in this amazing destination, make sure to include the draws listed below on your travel itinerary.

Built-in the late 1540s, this grand house is a breathtaking piece of heritage. It differs itself unique with splendid assortments of fine art, an authentic Tudor kitchen, toys and games from the Victorian period, decorative art, and a Georgian saloon.

Make sure to soak up the church’s series of painted wooded panels from the early 17th century. More to appreciate are the appealing displays of pottery and paintings by Thomas Gainsborough along with John Constable.

For those who are after a place to visit with kids, Holywells Park is the best. It comprises 28 hectares of woodland, lawns, and ponds.

While in this venue don’t miss to see the charming Victorian stable block and unearthed Stone Age tools, axes from the Bronze Age, and Roman coins. The galleon themed playground won’t fail to impress your kids with its multiple facilities.

Opened in 1895, Christchurch Park inspires visitors with its 70 acres of landscaped lawns and two arboretums planted with exotic trees.

The Arboretums are a highlight for those who are in love with horticulture. Its paths offer endless views of flowerbeds, a bandstand, and croquet lawn together with herbaceous borders.

Other structures in place are the last remnant of the priory, the humble lion’s head fountain, and fish ponds which were excavated to provide fish for the monks.

This place hosts the Ipswich music day, the largest free one-day music festival in the United Kingdom. It usually takes place at the start of July.

If your interest is Ipswich’s heritage and natural history, be sure to start with its museum. This gabled brick building is situated on the high street and dates back to 1881.

It owns a huge zoological collection that is ultimately exhibited in elegant glass cabinets. Adding to the mounted giraffe, an Indian rhinoceros, first gorillas, and a historic diorama of African animals, this place enchants visitors with the Suffolk Geology gallery.

This room is filled with fossils that include a giant Eocene shark, the teeth of a megalodon, and remains of other sea life.

Opened in 1842, this spot comprises an expansive wet dock and an old customs house with a conference center on its ground floor.

The declined quaysides on the waterfront are now revitalized. The Old warehouses turned into eateries and beautiful homes. It is a great place to relax and have beautiful moments.

Constructed around the 14th century, the ancient house is located near the Butter market. It is adorned with wood carvings and bears the coat of arms that were given to Ipswich by Charles II. Owned by Ipswich Borough Council, this structure was given a thorough restoration in the 1980s.

New Wolsey Theatre is a must for fun-seekers. This producing house was founded in 1979 and accommodates an audience of 400 people. It opened in 2001 and enchants visitors with its unmatched productions and talent promotions.

Don’t miss the Pulse Festival hosted at the start of June. In the same month, you can be part of the Ipswich Jazz festival to enjoy drumming, singing, and jazz ensemble workshops.

Designed by the world-famous architect “Norman Foster”, the Willis building is one of the highlights of a trip to Ipswich. It adapts to the irregular Medieval street pattern and it’s a great example of environmentally conscious architecture.

This glass building is topped with an insulating grass roof. Its construction works were finished in 1975.

Of all draws in this town, be sure not to omit St Mary le Tower. This monument is situated on Tower Street. It came into existence during the reign of the Anglo-Saxon king Edward in the 11th century.

Once you enter inside there is plenty to admire including the pulpit which was carved in 1700. Apart from that, the church has two programs of lunchtime classical concerts for culture enthusiasts. These events occur annually, from May to October, and during Christmas time.

Another interesting spot for entertainment in Ipswich is the Regent theatre. With a seating capacity of 1551 people, this locale is the largest performing arts venue in East Anglia. Its establishment in 1929 was meant to host revues and screen movies.

In the 50s, 60s, and 70s, it was used to attract fans of classic pop and rock music. Popular artists like Jimi Hendrix, Elvis Costello and Siouxsie, the Banshees, the Walker Brothers, and the Beatles were regular performers.

Currently, this place has a program that enchants visitors of varying interests. Whether you need notable comedians or classic pop musicians there are all here.

Top 10 Luxury Hotels Around The World

All Details About Airport Transfer In Uganda