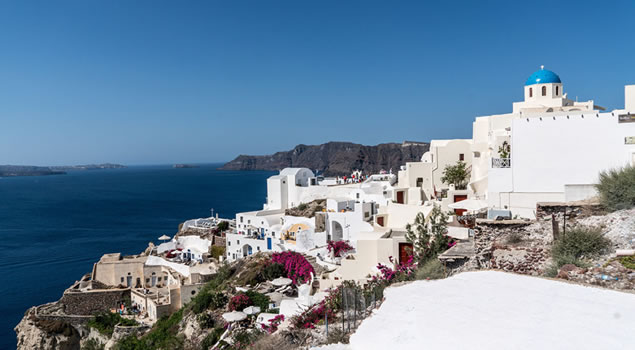 Picking which European cities to spend time in and which ones to steer clear of can be difficult, mainly due to the sheer size of the continent, so we’ve compiled a list of five must-visit destinations to save you the time and effort.

Read on for more details and then you can start thinking about booking flights and accommodation and get yourself travel insurance, which can be sorted right here, in preparation for heading to as many of the following as possible.

Finding a city as culturally diverse as Amsterdam is difficult. Hidden in the maze of canals that makes up Amsterdam is an array of fascinating buildings of architectural interest and the Museumplein, or museum square as it is better known.

Here, you’ll find the world-famous Van Gogh Museum, while the city’s renowned red light district offers a different kind of entertainment when darkness falls. Amsterdam’s nightlife is quite unlike any other in Europe.

Visiting the Scottish city is a real must, especially if you can time your trip to perfection and experience either the Edinburgh Festival or Hogmanay (New Year) celebrations.

The Fringe Festival takes place every August and is billed as the largest cultural event in the world, with the streets of the city coming to life with all sorts of live performances.  Even if you miss these two events, Edinburgh has plenty of other things to keep you busy.

Numerous interesting attractions and museums are dotted all over London, many of which are free of charge to visit, like the Tate Modern, Science Museum and Natural History Museum. In fact, it’ll cost you nothing to see the best London landmarks all in one day if you fancy doing some sightseeing on foot.

Starting down by the River Thames near the Houses of Parliament, the likes of Buckingham Palace, Trafalgar Square, Tower Bridge, Leicester Square and Piccadilly Circus are all easily accessible by walking.

One of the friendliest cities in Europe is Munich. Granted, Berlin has some of the most significant historical landmarks in the world, let alone Germany, but Munich is a magnificent place where you’re guaranteed the warmest of welcomes.

Have a wander around Viktualienmarkt, a daily food market, and sample the mouth-watering cuisine on offer and then for some delicious liquid refreshment head to the Hofbrauhaus, which is believed to be the biggest pub in the world.

The ‘city of love’ is thought to attract more than 70 million tourists a year, making it the most-visited destination in the world if the statistics are true.

Paris has it all – fine food, fine wine and some of the most iconic landmarks on the planet, from the Eiffel Tower to the Arc de Triomphe. There’s an air of sophistication in Paris that makes it so unique, utterly intriguing and genuinely addictive.