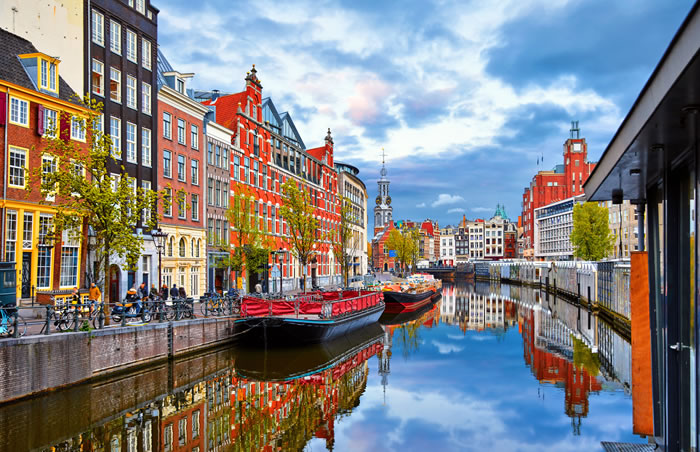 Visit Netherlands – Top 10 Things To Do In Amsterdam

Besides being the capital of the Netherlands, Amsterdam is one of Europe’s top destinations. Adding to research institutes, universities and academies, Netherlands is home to over 40 museums, entertainment venues, historic homes and numerous theaters.

It is only time to limit you, but this amazing destination has a lot that is hard to find anywhere else. Since the list of the city’s things to do is endless, make sure not to ignore our favorites below.

This is a dream for most visitors to Amsterdam. Its construction was started in 1648 and exhibits the striking architecture of ancient Rome.

Its exterior is classical and the interior is magnificently furnished with marble sculptures, ornamentation, friezes and reliefs. The ceiling paintings were done by Govert Flinck, pupils of Rembrandt and Ferdinand Bol.

There is no other place to start with if you are visiting Amsterdam for a glimpse of history about Rembrandt and his wife. It is the Rembrandt House Museum.

It is in this Jewish Quarter where Rembrandt found models for his Biblical themes and painted the sights from his many outings made.

This house (currently a museum) was finished in the 17th century with various etchings and personal objects.

Founded in 1638, Hortus Botanicus offers an impressive dose of nature just in the heart of the city. This botanical garden is one of the World’s oldest and started as a herb garden for doctors and apothecaries.

It is now home to exotic flowers, a large hothouse that encompasses numerous tropical zones, rare plants and trees.

The tour to this garden grants a chance to explore the lovely old pavilion, the 1870s orangery and a hexagonal structure that dates back to the late 17th century.

A few minutes away from the botanical gardens you find Artis, one of Europe’s oldest zoos. It was established in 1838 and spotlights a wealth of creatures.

Its shady garden setting is dotted with multiple historical buildings. Apart from the coral reed system and a peek under an Amsterdam canal, this place shelters a zoological museum, the nocturnal animal house, a Butterfly pavilion and Planetarium.

Make sure to reach the library for a close look at an extensive collection of prints, artworks and historic books.

For a glimpse of Netherlands beautiful art, don’t hesitate to start with Rijks museum. Built-in 1798, this monument was meant to shelter the country’s great collection of peerless art and antiquities.

Its incredible exhibit includes millions of cultural artifacts that date from the 13th century to modern-day, 8000 paintings and 35000 books and manuscripts that spread across 250 rooms.

Dedicated to one of the world’s best known Holocaust victims, Anne Frank House is a place where Anne’s family hid in World War II.

Anne and her family were Jewish refugees from Frankfurt, a city in German. Visitors check it out for an insight into the life of Anne’s family and her dairy that became an international bestseller after the war.

From this museum, you can venture further to the nearby Westerkerk, one of the most popular churches in the city. It enchants art lovers with its external and internal Gothic features.

For a mix of history and art, the Van Gogh Museum is the best to start with. Opened in 1972, this historical site is dedicated to the country’s most revered painters.

It differentiates itself unique with the world’s largest collection of Van Gogh paintings and artifacts. The showcase in this iconic spot includes 500 etchings, 700 letters written to friends and family, sculptures and 200 paintings.

With its residential areas that encompass lively markets, courtyards, eateries and posh boutiques, Jordaan is hard to ignore.

It draws travelers with a range of fun things to do such as pleasant strolls, sightseeing and more. Additionally, this place is home to a wealth of allures like the floating museum, Woonboots museum to name but a few.

Don’t miss an open-air market in Lindengracht. It is always open on Saturday mornings with stalls that vend local crafts, flowers, clothes and other goodies.

Occupying about 120 acres, Vondel is the largest and most visited park in Amsterdam. It consists of expanses of green spaces that are traversed by ample paths and dotted by peaceful ponds.

In addition to 70 various types of flowers, Vondel Park plays host to a variety of statues, sculptures, playgrounds, open-air theater and many more recreational facilities. It is a great place for picnics and musical performances.

Dam Square is one of a thousand reasons for a trip to Amsterdam. It includes Koninklijk, the 17th century Royal Palace and former home of the Dutch royal family.

The palace is now a present-day venue for royal functions. Other draws that invite travelers to the square are the National Memorial Statue, Madame Tussauds wax museum and the New Church.

Apart from that, this place is lined with restaurants, cafes and shops where you can buy some food and hand made goods as souvenirs.

More; must do things in Munich.

Must Do Things In Munich, Germany

Explore the Best Places in Europe

Covid-19 Restrictions For Travel To The United Kingdom