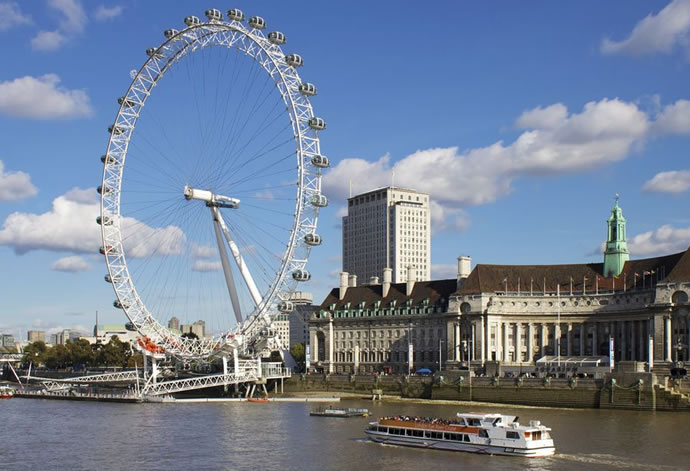 Top must Do & See things in London

A holiday to London, the capital of England is usually not complete without a visit to one of these top ten attractions listed below.

Without doubt, Coca – Cola London Eye is the tallest cantilevered observation wheel in the World. You can climb one of the 32 capsules for spectacular views of the city with its remarkable landmarks.

When it comes to listing some of London’s incredible draws that fascinate several travellers, the Tower of London is one of them. A visit awards a chance to delve into its 900-year history as a royal palace and place of execution.

The View from the Shard

For those after admiring London’s skyline and views of some attractions like St Paul’s cathedral and Coca-Cola London eye from above, you can best have this from the Shard’s observation’s deck. This rewarding point of view is 800 ft from the ground and views stretch up to 64km.

If you are seeking for some information about the famous Harry Potter films, there is no other place to go in London than the Warner Bros Studio. A tour around exposes you to costumes and props used by Harry porter along with stepping inside the film’s locations like Dumbledore’s office, Hagrid’s hut and the great hall.

Hop on hop off bus tour

This is one of the most booked tours in London. It reveals most of the city’s top spots such as Buckingham Palace, Westminster Abbey, St Paul’s Cathedral and the Tower of London. You can book a 24-hour ticket to enjoy the sightseeing just from the bus.

Best both for kids and adults, Sea Life London features over 400 marine species such as stingrays, moray eels, clown-fish and sharks. This place welcomes many Marine life enthusiasts. You can learn more about these species during feeding times.

This is a quintessential locality that offers grand opportunities to meet face to face with some of the most prominent faces in the World. You will associate with some influential figures from sports, showbiz, royalty and politics. You can pose for a photo with Lady Gaga, Usain Bolt and the Queen. It is everyone’s dream.

If London’s horrible history is your main aim, then the London Dungeon is the right place. More than that, visitors enjoy breath-taking rides, special effects and live actors.

Lovers of Wildlife, you should look no further than ZSL Zoo while in London. The place is home to Lions, reptiles, gorillas, meerkats, otters, giraffes and penguins. Visitors embrace it most during the displays and feeding times.

Westminster Abbey is a notable landmark in London. It fascinates visitors with its stunning grandeur. The place is currently used to host ceremonial events such as the royal weddings, funerals and coronations.

Top Places to Visit in London with Kids

Top Things to know Before you visit London