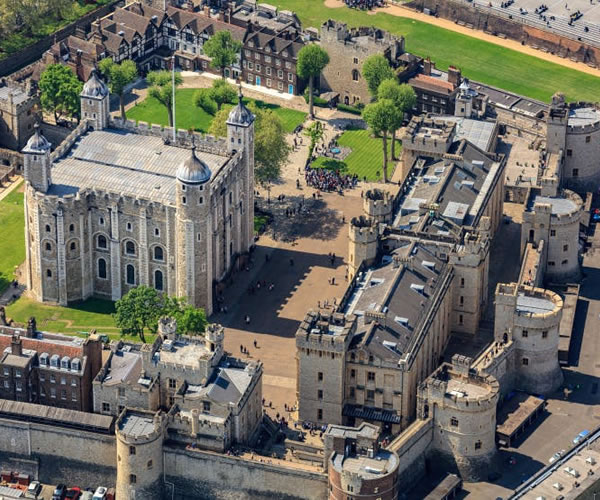 The United Kingdom popularly is known for its diverse culture and history. Every city in England is recorded with well-known museums, art galleries and more.

Currently, England is also famously known because of the different football clubs which play in different leagues including the English Premier league, English Championships and more.

England comprises of several football stadiums for the different Football clubs which are distributed in different cities of the country.

Listed below are some of the major exciting highlights or places you should not miss while in England for your Holiday Vacation.

Windsor Castle is ranked to be the biggest and oldest castle popularly known all over the world, it is one of the official residences of Queen of England “Queen Elizabeth II” who spends many weekends at the castle.

Besides that, she also uses this exciting place for both state and private purposes. The first Windsor was in the reign of Henry II.

On a visit to this attracting feature in England, you can also visit St Georges Chapel and the state Apartments.

The tower served as a prison from 1100 to the mid-20th century, but it also served as a royal residence.

This exciting tower was founded in 1066 as part of Norman Conquest of England. There are many tourists who are interesting about this place but it’s said that this tower was haunted.

This is among the most important prehistoric sites in the world as recorded, it was produced by a culture that left no written records so many aspects of Stonehenge remain subject to debate.

Standing stones were historically built in 2500 BC and the purpose of these big stones is still a mystery. However, many people believe that this exciting spot was used as a ceremonial or religious centre.

The original castle was made from wood that was built by William the Conqueror in 1068, in the 12th century, the castle was rebuilt using stone materials. Through hundred years of wars, the facade of castle was refortified.

This is the typical architecture of the 14th century. Later in 2001, this popularly known Warwick Castle was named one of Britain’s top ten historic houses and monuments in England which usually attract in a huge percentage of tourists from different countries of the World per year.

This Exciting Lake District is located in Cumbria province, North West England side, it is ranked to be the largest National Park in England. Lake District is characterised with picturesque and impressive view of lakes and mountains.

This is the real place to walk and go climbing of British’s Prime Minister. This exciting place receive about fourteen million domestic tourists and international tourists from different countries of the World per year.

This was a defensive fortification in Roman Britain, it was built in 122 A.D during the rule of Emperor Hadrian. Hadrian’s Wall is 117km long.

However, the important portion of the wall still exists. This is ranked to be the most popular tourist attraction in Northern England which attracts in huge percentage of tourists per year.

The Cotswolds is a range of gentle hills in the south central England.

Many people reflect the Cotswolds as the symbol of England’s landscape attracting different tourists from different countries of the World.

Durham Cathedral geographically located in the city of Durham in Northeast England ranked to be the greatest Norman building in England and perhaps even in Europe.

It is famous not only for its architecture but also for its unique setting. The Cathedral was reconstructed, although the greater part of the structure remains true to the Norman design.

This is one of the biggest Gothic Cathedral characterised in Northern Europe. Generally York Minster incorporates all the major stages of Gothic architectural development in England.

It was built in 1230 and later finished in 1472. York Minister is one of the most attractive places to go while in England for your exciting holiday vacations.

This is officially known as the Elizabeth Tower which holds the second largest four faced chiming clock in the world.

This tower was built in 1858 and became the symbol of United Kingdom, it’s really an exciting place to pay a visit while in England for your holiday vacations.

How to make your themed Party Exciting

Top Cafes For Breakfast In London